The Norwegian boxer will be fighting on the undercard of Kubrat Pulev’s long awaited homecoming fight with Samuel Peter for the WBA Intercontinental Heavyweight title.

It will be Lihaug’s first fight back since meeting two-weight World Champion Arthur Abraham in July, an experience he believes will stand him in good stead for the future.

‘’For me, the Abraham fight was proof I belong at the highest level,’’ he said. ‘’I learnt a lot from that fight and when I’m in the same situation again, I know I will win.’’

The 24 year-old will now be campaigning at light heavyweight, having decided to move up in weight following the Abraham fight.

Lihaug can now look forward to showcasing his skills in front of 15,000 fans in the Bulgarian capital, as he looks to get back to winning ways against the Hungarian Horvath.

‘’It’s amazing to get the chance to fight in front of such a big audience,’’ he says. ‘’I’m looking forward to showing everybody what I can do. My opponent has a decent record, but I’m fit, I’m sharp, and I’ll be ready for whatever he has to offer.’’

In Cairo it will be a fight night on Friday 2nd Dec 2016. The mainfight of 12 rounds in super welterweight is about the WBFed International title between the Egyptian Andreas Valavanis vs Maono Ally from Tanzania.

The WBFed bout in Cairo between Andreas Valavanis vs Maono Ally will the referee in ring be the experienced Arno Pokrandt. Pokrandt had been referee in 256 bouts and judge in 264 bouts, a faboulus record. We wish the Egyptian Boxing all the best.

Swedish heavyweight Otto Wallin (16-0, 11 KOs) must meet a new opponent in a new country after Eugene Hill was forced to withdraw from their scheduled contest on December 9 at the Rosvalla Arena in Nyköping, Sweden.

Hill was unable to travel to Sweden due to unpaid child support, and although a replacement had been found, strict regulations imposed by the Swedish Martial Arts Delegation, meant there was not enough time for a new opponent to be approved.

Instead, Wallin will face Raphael Zumbano Love (39-13-1, 32 KOs) a week earlier on December 3 in Sofia, Bulgaria. He will be fighting in front 15,000 fans at the Arena Armeec on the undercard of the WBA Intercontinental Heavyweight title clash between European Champion Kubrat Pulev and former World Champion Samuel Peter.

‘’Of course, I’m disappointed to not be able to fight at home, but unfortunately with the political situation in Sweden, that was not possible,’’ said Wallin.

‘’I would love to get the chance to meet with someone in the government to speak to them about pro boxing. We have a good commission here in Sweden, and I think they should be trusted to make the decisions, like in other countries.“

Despite his disappointment, the Sundsvall southpaw says he is looking forward to joining former sparring partner Kubrat Pulev in action in the Bulgarian capital.

‘’I’m happy that I still get to fight, and I’m excited for it to be happening on such a big show,“ he says. “Zumbano Love is a strong opponent. I’ve seen him before and he’s fought some good guys. He’s been the distance with Shannon Briggs, Eric Molina and Charles Martin, so I think he will give me a tough fight, but I’m confident. I just want to get the rounds in, get the win and look good doing it!’’

Kubrat Pulev (23-1, 12 KOs) has predicted a strong and spectacular victory for Bulgaria when he faces former World Champion Samuel Peter (36-5, 29 KOs) in his long awaited homecoming fight on December 3 in Sofia.

The current European Champion has completed his preparations in Berlin, and will fly home to Bulgaria later today ahead of his WBA Intercontinental title challenge, which will take place in front of 15,000 fans at the Arena Armeec.

Pulev says he is pleased with his preparations, and is eager to inspire a new generation of Bulgarian boxers when he steps through the ropes on Saturday night. We caught up with ‘The Cobra’ following one of his final sparring sessions.

How have your preparations been for the fight with Samuel Peter?

‘’We have been working hard and I am very happy with my preparations. It is now in the final phase and we have just completed our sparring. I’ve had three sparring partners, including one from Belarus who is World Champion in chess boxing. No one has been able to beat him for seven years! I can deal with him in the ring, but I have no chance against him when it comes to chess!’’

This will be your fourth fight with coach Ulli Wegner in your corner, how has he helped you to develop?

‘’Mr Wegner has a great eye for detail and a tremendous knowledge of boxing. Together we work hard to eliminate any small errors and to improve my strengths.’’

Do you believe Ulli Wegner is the right man to lead you to World title success?

‘’Yes, I do. He has great experience and has helped turn many boxers into World Champions. Now we have gotten to know each other better it has become easier to work together, and in future our partnership will only improve.

There has been a lot of excitement since it was announced you would be fighting in Sofia, how important for you is the support of the Bulgarian people?

‘’For years, it has been my dream to fight at home in Bulgaria, and in just a few days this dream will come true. I want to make my countrymen proud, and to give all the Bulgarian people, who couldn’t afford to travel abroad to see my fights, the chance to come and watch me live in Sofia, my hometown and the capital of my lovely country.’’

Do you hope this will be the first of many fights in Bulgaria?

‘’Yes, I do hope this boxing gala is just the first of many more in Bulgaria. For me, boxing is a beautiful sport, which should be used to help educate. It’s an act of pure beauty, and I hope this beauty will win the hearts of as many children as possible, and that we can inspire them to start training, and to work hard and sacrifice so they can become the next generation of champions.’’

Finally, do you have a prediction for the fight?

‘’My only prediction is a strong and spectacular victory for Bulgaria!’’

Kubrat Pulev faces Samuel Peter for the WBA Intercontinental Heavyweight title on December 3 at the Arena Armeec in Sofia. Tickets are available via http://www.eventim.bg. 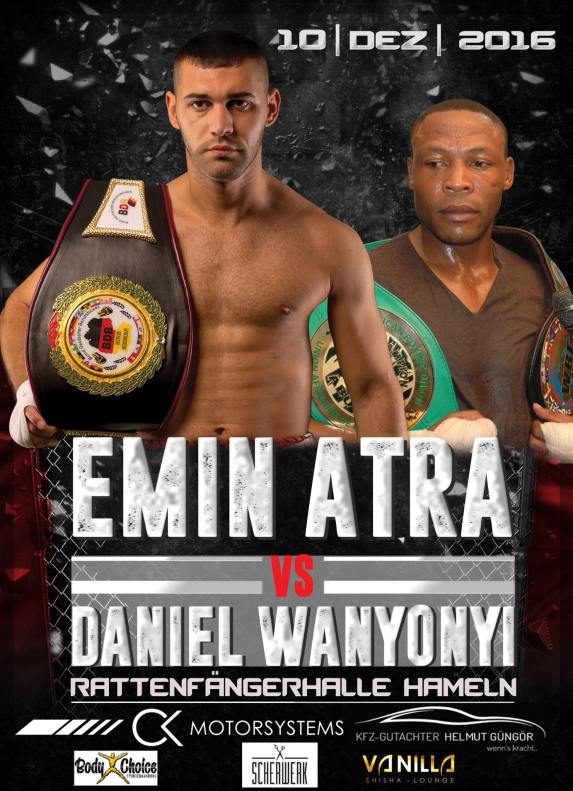 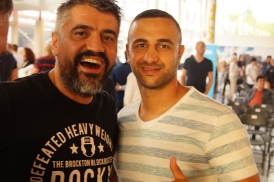