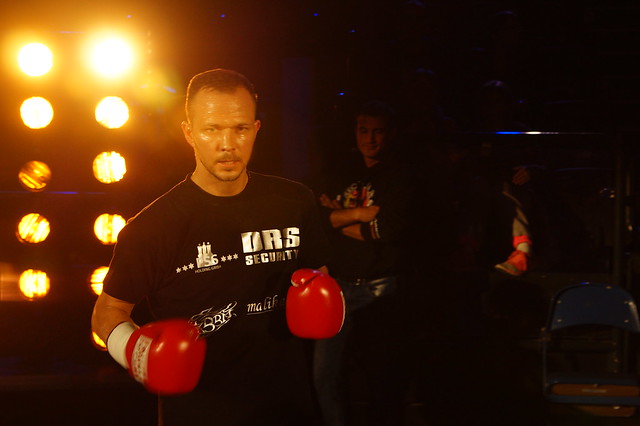 Naim Terbunja (9-1, 1 KO) is the latest addition to the Nordic Fight Night on September 10 at the Hovet in Stockholm. The 31 year-old from Linkoping, who represented Sweden at the 2008 Olympic Games, will face Baptiste Castegnaro (8-8, 4 KOs) in a six-round super middleweight contest.

‘’I’m really looking forward to fighting at home in Sweden,’’ said Terbunja, whose last three fights have taken place overseas in America. ‘’I’m thankful that Nisse Sauerland and my promoter Joe Deguardia have come to an agreement to let me fight, and I want to put on a great show for everybody in Sweden.’’

Terbunja takes on the 25 year-old Frenchman Castegnaro, who has been the distance with Norwegian fighter Tim-Robin Lihaug and German Olympian Stefan Haertel, and has won his last two fights, a second-round TKO win over Bojan Radovic and a points victory over Matiouze Royer.

‘’I’ve not seen much of him yet,’’ admits Terbunja. ‘’But from first impressions, he looks tough. He’s shared the ring with some good boxers, including Stefan Haertel, who was my sparring partner for the Olympics in 2008. I plan to sit down with my team and take a closer look at him, but it looks like he comes to fight which should give me the momentum to outbox him.’’

In preparation for the bout, Terbunja will be training in New York alongside his head coach and manager Pat Zagarino, before returning to Stockholm to take his place on the big Team Sauerland show, which features the interim WBC Female World Welterweight title fight between Swedish rivals Mikaela Lauren and Klara Svensson.

‘’That’s going to be great fight,’’ he says. ‘’Klara is clearly the better and more experienced boxer, but what makes the fight competitive is Mikaela’s size. However, if Klara can use her boxing skills and not fall into a dirty fight, I believe she will win.’’

Daniel Hartvig (7-0-1, 4 KOs) will face Krisztian Santa (12-7-2, 7 KOs) on September 10 on the undercard of the interim WBC Female World Welterweight Championship clash between Mikaela Laurén and Klara Svensson at the Hovet in Stockholm.

The 31 year-old from Gothenburg returns to the Swedish capital following a hard fought draw against Nikoloz Gvajavaon on April 23, and is eager to impress with another action-packed performance.

‘’I’m really looking forward to fighting at the Hovet again,’’ said Hartvig. ‘’My last fight against Gvajava was tough, but I think we gave the crowd a lot of excitement. Sometimes I fight with my heart more than my head, it might not be the best strategy, but it makes me the type of fighter the fans love to watch.

‘’On September 10, I will give the fans another exciting performance. I know it will be a tough fight; my opponent is a good fighter with a lot of experience, but I’m ready to go all in. This will be my fourth fight for Team Sauerland since making my comeback and I want to impress.’’