The Swedish southpaw arrived in New Orleans last week to complete the final stages of his training and is full of confidence as prepares to face the Belarusian ‘Beast’ for the vacant IBF World title.

“I know what kind of fight it’s going to be and it’s not the one he’s expecting,” said Yigit. “I think many people, Baranchyk included, are going to be surprised.

“My training has been going great. Everything we’ve been working on, all my preparation and progress have exceeded expectations.

“We wanted to arrive early to get used to the time difference and also to get a feel for the environment, the weather and the people out here. Everyone is so friendly and down to earth in New Orleans. They really love boxing too. I’ve made many friends these past two weeks and they’ll all be cheering for me on October 27. I’m going to have a small home crowd backing me in this fight.

“I know Baranchyk is a tough fighter, but I believe I have the style to beat him. He charges forward relying on sheer strength to win, and that’s not something I haven’t seen before, so I’m sure I’m going to be able to handle it.”

If Yigit is able to overcome Baranchyk and progress to the Semi-Finals, lying in wait will be the winner of Josh Taylor and Ryan Martin, whose Quarter-Final takes place a week later on November 3 at The SSE Hydro in Glasgow.

“I haven’t seen much of Martin but I wouldn’t count him out. He’s in the World Boxing Super Series for a reason and only the best are here. I would, however, have to guess that Taylor wins this one, and I would prefer it if he does win as it’s time we faced each other. I believe Taylor is the favourite in this tournament, and if I beat him, no one can stand in my way of lifting the Ali Trophy.”

TICKETS: From $30 (plus fees) here: TicketMaster.com

Yigit fighing about the Ali-Trophy

The IBF Super-Lightweight Championship will be contested between Anthony Yigit and his IBF Mandatory Ivan Baranchyk in one of the quarter-finals of the World Boxing Super Series after both fighters enter the tournament.

26-year-old Yigit ( 21-0-1, 7 KOs) from Sweden competed at the London 2012 Olympics losing by a single point to eventual silver medallist Denys Berinchyk. He is the EBU European Super-Lightweight Champion and IBF Mandatory and is now bringing his explosive and entertaining style to the World Boxing Super Series.

“It’s a great opportunity and I’m honored to have been chosen to fight among the best in the division,” said Yigit.

“This Ali Trophy tournament is a great example of how boxing should be promoted: the best fighting the best. That’s where I want to be and these are the fighters I want to face!”

25-year-old Ivan Baranchyk (18-0, 11 KOs) from Belarus is an IBF Mandatory, comes from a solid amateur career and he won the world championship as a junior in 2009. As a professional, he has lived up to his ‘The Beast” moniker.

“I am really happy to be a part of the tournament because there are chances to take all the titles and show everyone that I am the best in the division,” said Baranchyk.

“My nature, effort and my love of boxing will help me to get the Ali Trophy.”

Further details on Season II, the 2018/2019 season of the World Boxing Super Series, will be announced in the coming days and weeks. 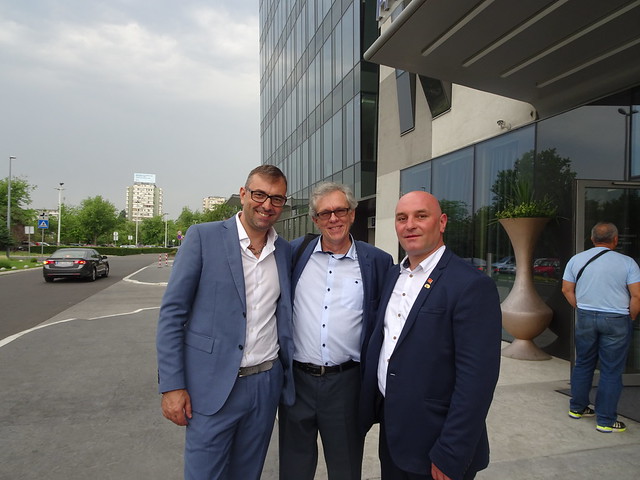