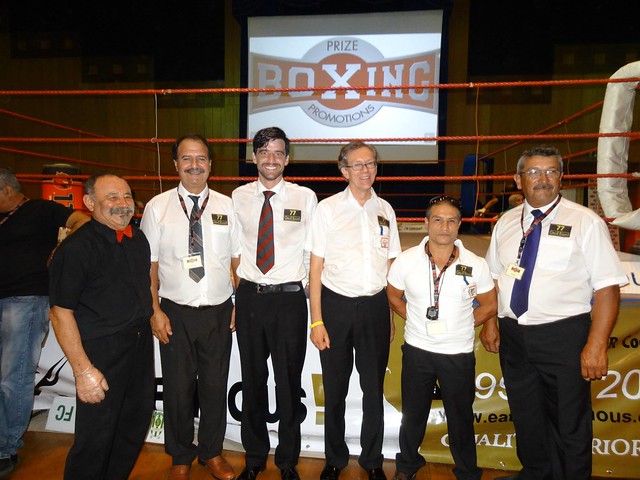 Prizeboxing promotions malta’s biggest boxing show of the year sponsored by Eat Me Im Famous „We Will Rock You“ is only 4 weeks away. 12 huge bouts including some great boxers fight card will be released shortly. A heavyweight prizefighter tournament winner takes all included on the on the night. Friday 22nd November at the Dolmen hotel Bugibba. Sponsored by. Main sponsor Eat Me I’m Famous. Other sponsors Continental Cars, 77 Great Estates, Floriana F.C, BadAss Burgers, B4 Group, Caccu social club, Stay Gold ink studio.

Tournament Fights are more often decided by knockout or technical knockout, meaning the referee decides a fighter cannot continue because of injuries such as cuts to the face, or because of exhaustion. But if a fight goes the full distance, the result is decided by a team of three judges who keep score during the fight by awarding points for legal punches.
World Boxing Union, current International Champion, ‘Super’ Steve Martin has been announced as the main event. In his previous appearances at the Dolmen ‘Super’ Steve Martin thrilled his legion of fans with his none stop action packed performance and who’s thrilling style and abilities will certainly entertain crowd as he makes his debut into the eight round fight scenes.

Prize Boxing Promotions is internationally recognized as one of the top boxing promotional company in the Maltese Islands, founded by Mr. Demis Tonna in 2011. Most notable among the highly talented fighters representing PBP are WBU International Welterweight Champion Super Steve Martin, Richard „The Viper“ Vella & Garth „The Problem“ Galea, Now in its 5th Edition, PBP have organised some of the biggest in the history of the Sweet Science in Malta.

Sponsored by Eat Me I’m Famous, Prize Boxing Promotions 4th Show this year with Malta’s finest fighters all under one roof. ‚We Will Rock‘ will take place on Friday, 22nd November at the Dolmen Hotel, Bugibba, Malta. The venue is a two tier quad angle, making down stairs the Standing Area and Upstairs modern theater seating. Ring Side VIP Tables are also available by advance booking.