Robert Helenius (24-1, 15 KOs) looked in great shape as he met with the Finnish media today in Helsinki at an open training session ahead of his WBC Silver World Heavyweight title fight against Dereck Chisora (26-7, 18 KOs) on May 27 at the Hartwall Arena.

The 33 year-old from Porvoo holds a controversial points victory over his British rival from their all action showdown in December 2011, but having enhanced his training methods, which today included pounding a heavy bag with a picture of Chisora’s face attached, ‘The Nordic Nightmare’ believes, this time, the decision will be left in no doubt.

‘’My preparations have been excellent,’’ he said. ‘’We’ve invested heavily in endurance training, cardio activities and, of course, a lot of sparring. When I fought Duhaupas, I wasn’t focused enough, but we’ve learnt from our mistakes, and this time, we won’t leave any stone unturned. On May 27, you will see Robert 2.0 in the ring!

‘’I don’t think Chisora will have changed much over the year. I expect him to continue to come forward with his slugger style trying to land hooks. He can do that for twelve rounds, and that suits me fine, because he is going to run out of gas before I do. In the end, he will just have two options: my left hand or my right!’’

ANTHONY JOSHUA MBE IS SET TO DEFEND HIS IBF WORLD HEAVYWEIGHT TITLE AGAINST ERIC MOLINA AT THE MANCHESTER ARENA ON DECEMBER 10, LIVE ON SKY SPORTS BOX OFFICE IN THE UK AND ON SHOWTIME IN THE US.

Joshua puts his crown on the line for the second time and fights his third American in a row having destroyed Charles Martin inside two rounds to rip the title from the St Louis man in April at The O2 in London and then stopping Dominic Breazeale in the seventh round at the same venue in June, extending his unbeaten run in the paid ranks to 17 wins, all inside the distance.

There’s a huge card in support of the main event as Dillian Whyte defends his British Heavyweight title against bitter London rival Dereck Chisora in an official eliminator for the WBC title. Whyte makes the second defence of his strap after seeing off fellow Brixton man Ian Lewison in Glasgow last month, while former World title challenger Chisora can get his hands on the Lord Lonsdale belt for the second time.

Scott Quigg returns to action after treatment on his broken jaw following his unification blockbuster with Carl Frampton, and the Bury star moves up to Featherweight as he looks to regain his status as a World champion.

Kal Yafai can become Birmingham’s first World champion but the unbeaten 27 year old faces a tough task to rip the WBA Super-Flyweight title against Luis Concepcion, the two-weight World champion that will enter the ring in his 11th World title outing.

Irish amateur sensation Katie Taylor boxes for the second time in the paid ranks after making her pro debut at The SSE Arena, Wembley on November 26, Heavyweight wrecking ball ‘King Kong’ Luis Ortiz fights in Europe for the second time after clashing with Malik Scott in Monte-Carlo on November 12 and Hosea Burton will defend his British Light-Heavyweight title against Frank Buglioni.

Tickets go on general sale at midday on Friday November 4. Tickets priced £40 to £500 will be available from www.manchester-arena.com and on 0844 847 8000 VIP tickets are £800 and available exclusively from Matchroom Boxing www.matchroomboxing.com

Face value tickets for December 10 are also be available from www.stubhub.co.uk StubHub is the official ticket partner and marketplace of Matchroom Boxing and Anthony Joshua.

More videos about the big fight night in Sweden tonight

Controversial British boxer Dereck Chisora (25-6, 17 KOs) is coming to Stockholm! The heavyweight star will face Drazan Janjanin (13-7, 12 KOs) on the undercard of the Swedish grudge match between Mikaela Laurén and Klara Svensson at the Hovet on September 10.

Despite a stellar career, which has seen him win British, Commonwealth and European titles and challenge Vitali Klitschko for the heavyweight crown, the 32 year-old has become well known for his controversial antics outside of the ring.

Having kissed, slapped, bitten and spat at opponents, Chisora often cuts a threatening figure. Scenes from his infamous 2012 press conference brawl with David Haye were shown around the World, leading to a blockbuster clash with the former heavyweight champion.

He was once again on the offensive earlier this year, running rampage through a Hamburg hotel after being hit with a bottle during the weigh-in for his European title fight with Team Sauerland stable mate Kubrat Pulev.

Following this altercation, Chisora missed out on the European title, losing via split decision to Pulev, but having regrouped, the British boxer and his team will attempt to launch another title assault, starting with an eight-round contest against the big punching Bosnian Janjanin.

‘’This is the fight game,’’ he says. ‘’If you lose, you have to rebuild and come back. I lost a close fight to Pulev, but I’m still in a good position. I want a rematch, but let’s see if they give it to me. Either way, there are a lot big fights out there for me, and I’m ready to fight anyone.’’

Chisora says he is looking forward to fighting in Stockholm, having never visited the city before, and plans to watch the main event unfold as Laurén and Svensson battle for the interim WBC Female World Welterweight title.

‘’I’m excited to be fighting to Sweden,’’ he says. ‘’This will be my first time in Stockholm, but I’ve heard it’s a great place. That is one of the good things about working with a big promoter like Team Sauerland; you get to fight all over Europe, and that’s one of the reasons I wanted to sign with them.

‘’They’ve also got my boy Anthony ‘Can You Dig It’ Yigit on the card. I look forward to watching his fight, and the main event. I love women’s boxing, and I think it’s a great thing to have two female fighters headlining a big show.’’

All the action will be available to watch live on Viaplay Fighting across Scandinavia. For more information please visit http://www.viaplay.se.

No 13 at EBU and no 11 at EU Alexander Dimitrenko. When will his next fight take part? And agianst whom? The rumour from Haye that Sascha would fight Shannon Briggs was just poppycock. 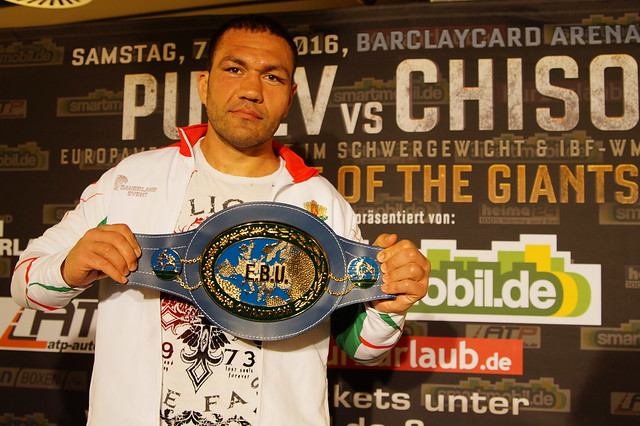 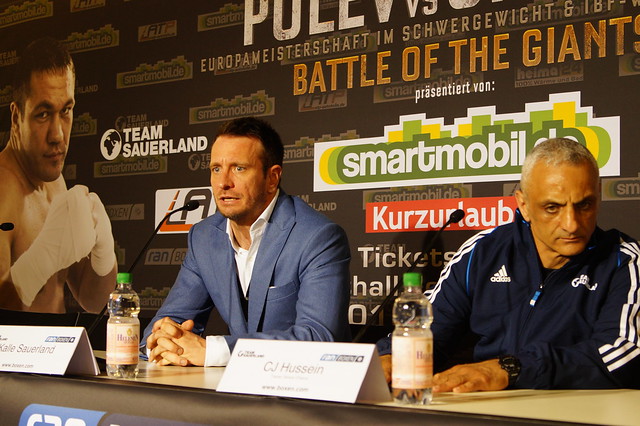