Dimitrenko will defend his title

Alexander Dimitrenko will defend his title of IBF International. Sascha will meet the winner of the Battle of the Vikings. In Sundsvall Otto Wallin will fight against Adrian „The Pike“ Granat. The bout of 12 rounds in heavyweight is the fight of the European Union Champion of EBU-EU.

So it can be a rematch between Dimitrenko vs Granat. Adrian Granat, the hard-hitting fighter from Malmö, is in Detroit at a training camp with his new coach Jonathan Banks.

A lot of experts are holding at the moment Otto Wallin as the better boxer. Anyhow it will be a real battle in Sundsvall at 21.04.2018.

ECB boss Erol Ceylan informs that the winner will fight vs Alexander Dimitrenko.

About which title is still in the discussion. To fight a EBU title Sascha has to lay down his IBF International. Otherwise has the Swedish boxer to lay down his EBU title if it will be a bout of the IBF title. It is something going on the boxing scene.

Dimitrenko has been on a traing camp as well, in Russia he sparred Alexander Povetkin. So Sascha has won motivation and will be in a good shape for his next fight. 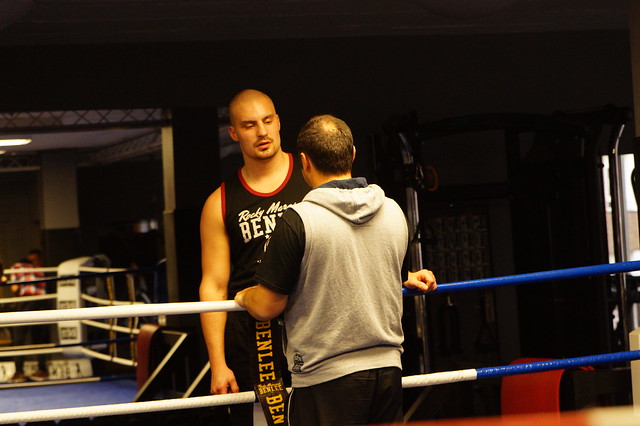 The Swedish heavyweight boxer Adrian „The Pike“ Granat has challanged Dillian Whyte an got the positive answer from Whyte. Dillian is ready to fight Granat. It is now in the hands of Eddie Hearn.

Will the fight be in Uk or in Germany? ECB boss erol Ceylan has now to deal with Eddie Hearn.  Concerning to Granat and Whyte the fight can take part soon. let´s hope so.

Granat on his way to the top

The Pike Adrian Granat won his 13th bout in Kassel with a KO in the first round. After 2:49 minutes the fight was over and the very experienced Saul Farah was on the floor for the third time. The third time he was not standing up that quick as after first two knockdowns. Farah has been fighting 82 bouts and won 59 with 52 on KOs. In Kassel we didn´t see much of this performance from the Bolivian Champion. Saul Farah ranked #90 at boxrec.
The self-confident Swede Granat told before that he suppose the fight will be short with just 2-3 rounds.
Erol Ceylan tells that now it is time for Adrian to get real top-fighters. They are ready to fight anyone. Gladly they will fight Pulev, Wallsich, Tom Schwarz or Chisora.
For sure Adrian is a boxer which right now can do fights on a very high level.

Christian Hammer knocks out Michael Sprott at 1:40 in round 1.

Adrian Granat wins on TKO against Samir Kurtagic. It is the first time that Kurtagic lose on KO. It was the 12th fight for Granat and his 12 win, 11 on KO. The Swedish Dynamite is unstopable!

Simion Viorel won his fight at the event in Bucarest and is now IBF Intercontinetal Champion.