In Bruxelles we find interesting fights at 29.08.2021. The WBC Mediterranean will be in light heavyweight between Malik Ziand vs Almir Skrijelj.

In Brussels, Belgium, had Malik Zinad a hard fight vs Timur Nikarkhoev about the IBO Inter-Conti light heavyweight. Timur made a hard living for Malik, ongoing and holding and pushing. He did not gave the opportunity for Malik to use his advantages on the distance. The fight was not really clean, but a clever strategic way of Timur. He´s an experienced and strong boxer. Malik has never fought longer until 7 rounds. The scorecards were defintiely in the way of Nikarkhoev until the 9th round. Malik got a hard right hook on Timur, which brought him to the canvas and got knocked out. Congratulations Malik, still undefeated. 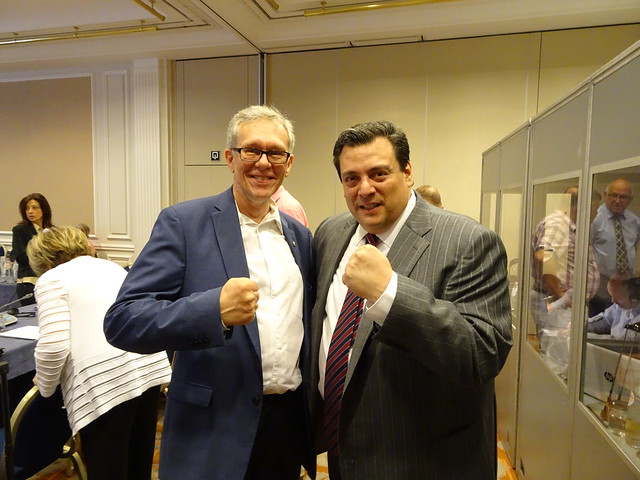 At Hotel Hilten in Brussels, Belgium, hold The European Boxing Union, EBU, its Anual Genrral Assembly. All the European boxing organisations were represented.

Only one organisation can be representing a country.

BDB from Germany was as a provisional meber and did get the status of ordinary member. The decision to give MBA, Malta Boxing Association, the ordninary membership was done with applaus. Last year MBA applied for membership in competition with two other organisations, MBCommission, a UK-based Ltd leaded of Mr Gianluca di Caro and MBCouncil, leaded of Eva Rolle, Berlin. 2015 decided EBU to give the only Maltese organisation MBA, even a member of the Malta Sport Council, KMS, the provisional membership .

MBA even got very honoured to host the Anual General Assembly 2017 in Valletta, Malta.