The mainfight will be between Christian „Coqqos“ Schembri vs Richard „Viper“ Vella. The two good friends will get to know who will be the Maltese Champ. Schembri is getting into the ring, coached by the legendary Donny Lalonde. Viper is getting coached from Barry Smith.

Very exciting will be the rematch between Steve „Super“ Martin vs Francesco Lezzi.

Hatihem Laamouz is back on the Rock and he will even rock the event. Laamouz has a succesful boxing career he´s runing in Australia and now he´s back home for this fight.

Worth watching is the quick Maltese boxer Kerstin „The Bullet“ Brown.

Pro fights will even be with Lydon „Beqqu“ Chircop and Brandon Borg!

„Locked ´nd loaded“ will be a great boxing event!

Main fight will be a WBF International title fight with Christian „Coqqos“ Schembri vs Christian Arvelo.

Super Steve Martin will not be missing, he is fighting a 8 round bout vs Francesco Lezzi.

An event you should not miss! 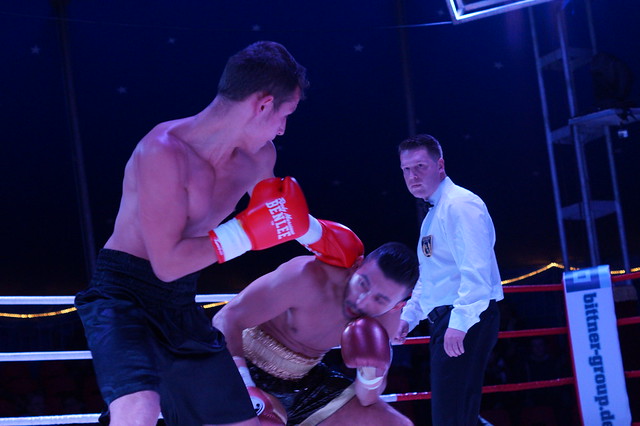 Super-Steve Martin is back again

Steve „Super“ Martin is training with the legendary coach Barry Smith, who is in Malta, to prepare Steve for his fight on the 17.09.2016. Prize Promotion will arrange an Explosive Event in Malta. The event will be sanctioned by MBA, Malta Boxing Association.

Steve Martin will be in the ring for a bout of 8 rounds.

In 2014 did Steve get the WBFound belt when he won vs Graham Earl on TKO in round 10 in an amazing fight. As the time has past since that this title got vacant.

Further will Christian Schembri, Richard Vella and Kerstin Brown be fighting too. Further information about the Explosive Event will be given soon.

Friday 11.03.2016 will Demis and Doulton Tonna present Prize Boxing´s next event. It will be international boxers in title fights as well.

A rematch between Scott Dixon and Christian Schembri is planned. Last time it was a very close fight which Dixon won on a split decision. This time will the Fight Factory boxer Schembri show that he has learned more and wants to beat Super-Scott. Schembri showed that he has the condition for 10 rounds. Will Scott be more active this time or has Schembri even grown in his boxing-career? A high explosive battle we can expect.

As well we can expect that the event in Dolmen Hotel, Bugibba, will be sold out.

The event is sponsored from Eat Me I´m Famous.

The event will be sanctioned by MBA, Malta Boxing Association, the pure Maltese sanction body, even member of EBU and KMS, Malta´s Council for Sport.

Further informations about this new boxing event in Malta sanctioned by MBA will be published soon!