At Hotel Intercontintental in St Julians, Malta, will it be a female title fight in super welterweight between Patricia Berghult, Sweden vs Hannah Rankin.

Hannah Rankin is the champion of IBO. Patricia Berghult has totally 13 fights and is unbeaten. A great fight in Malta on 27.11.2019. 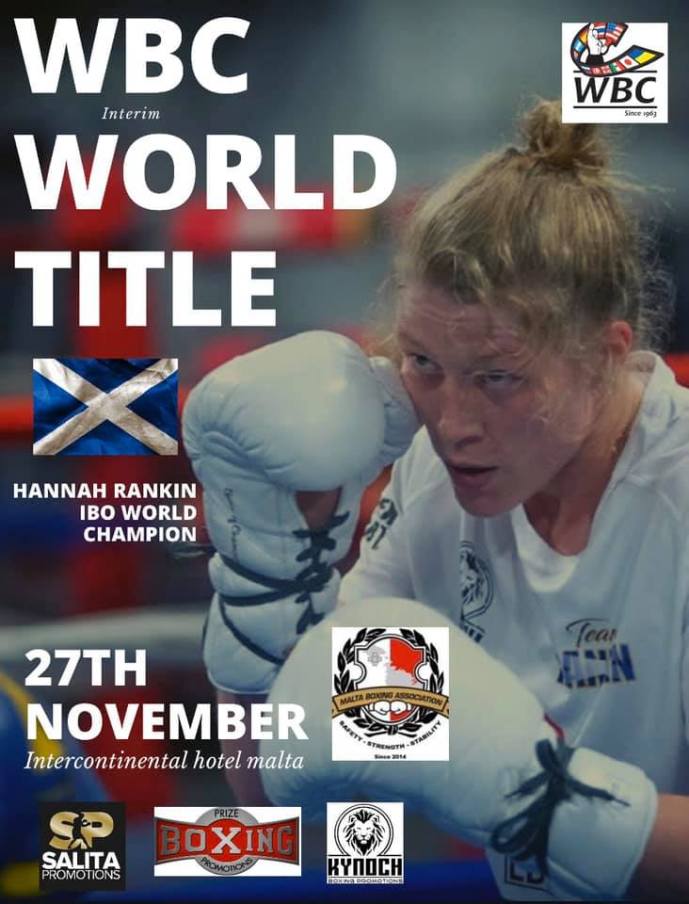 Dimitrenko is prepared for Adrian Granat

The 2,01 m high athlete Alexander Dimitrenko is feeling well to come to Sweden. Sascha has never been in Sweden before and is glad to see the Nordic country. He is convinced to come and win; vene, vidi, vice! I came, I saw, I won!

For Sascha it is no problem to be the underdog, it makes less pressure on his shoulders. He is feeling in good condition and will show the Swedish boxing fans how an old-schooled boxer is winning the fight. Alexander knows it will not be an easy fight. He has long experience and has been fighting about World Championship several times. He was even the European Champion of EBU.

The main fight of Rumble in Malmö will absolutely be a thrilling fight. This is a fight you shall definitely not miss.

Adrian Granat is fighting at home in Malmö, his hometown. Fo Swedish boxing fans a fantastic boxing event. Patricia Berghult from Höllviken is fighting Karina Kopinska. In the corner of Patricia we will find Klara Svensson.

Daniel Hartvig fights 4 rounds vs Pal Olah. Sven Fornling will make a thrilling fight and Simon Henriksson is even worth watching.

The very thrilling fight of the night will be expected of Igor Mikhalkin. His opponent is the Ukranian machine Yevgeni Makhteienko. Makhteienko´s fight vs Karo Murat was the fight of that night.