The EBU paid attention of doping problems in boxing as well as suspension times of boxers TKO/KO with 28 days. The problems in the amateur boxing do even concern the professional boxing sanction body. So beside WBA, WBO, IBF and WBC even EBU is willing to support Olympic Committee to guarantee boxing at the Olympic Games in Tokio.

The best Chamionship of the year gone to Francesco Patera vs Lewis Ritson. Champin of the Year is Kerman Lejarraga and Promoter of the Year is Ulf Steinforth SES Boxing. Congratulations!

The family of European Organizations are growing and noticed as upcoming members are Albania, Moldova, Turkey and Slovenia. The organisations have to prove that they do have at least 3 events yearly. We hope to be able to welcome new members.

Next year the assembly will take part in La Coruna, Spain. 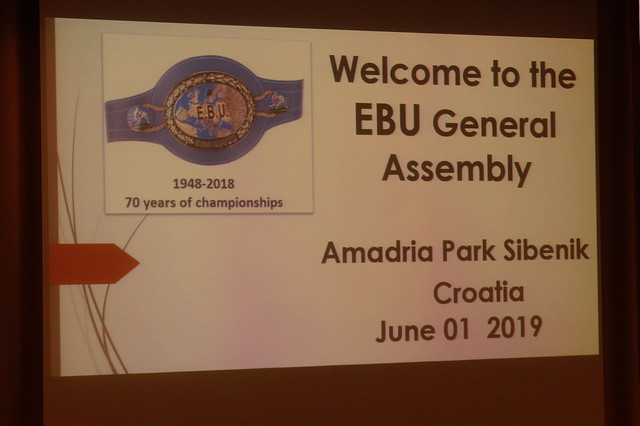